original acrylic paintings on canvas · unique · one of a kind · signed 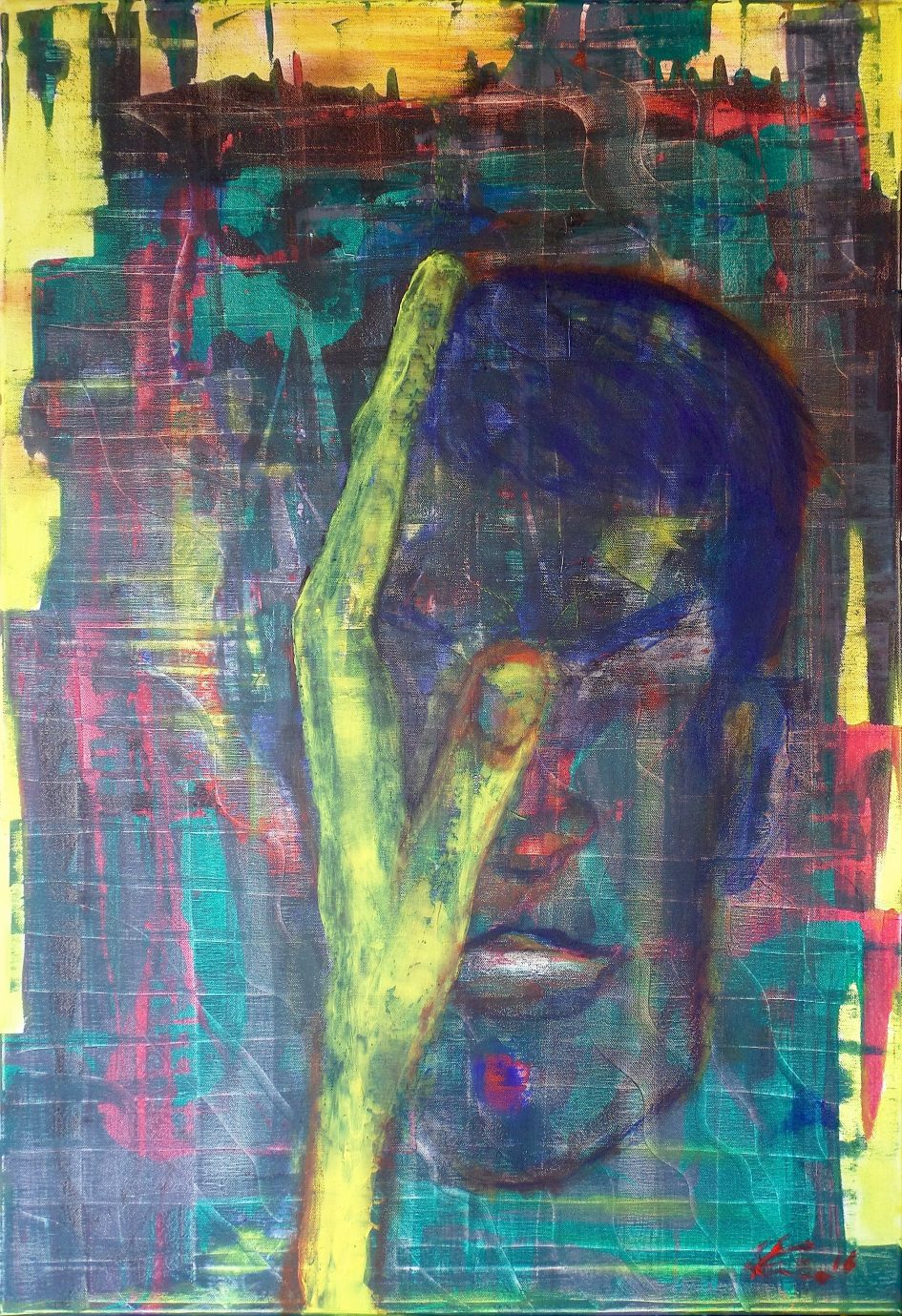 Discover details in this painting! Open the largest picture [2.8 MB]

“Aliens might be surprised to learn that in a cosmos with limitless starlight, humans kill for energy sources buried in the sand.”

And long before that, in 1974, Apollo 14 astronaut Edgar Mitchel spoke in “People magazine”:

»You develop an instant global consciousness, a people orientation, an intense dissatisfaction with the state of the world, and a compulsion to do something about it. From out there on the moon, international politics look so petty. You want to grab a politician by the scruff of the neck and drag him a quarter of a million miles out and say,
“Look at that, you son of a bitch.”«

In this painting I’ve captured a scene:

an Alien’s hand is stroking comfortingly a human’s face: “Sorry. You didn’t make it”.

We are traveling on an organic spaceship with 66,616 miles per hour (107,208 km/h) around the Sun which is traveling with 536,864 mph (864,000 km/h) around the center of the Milky Way which is traveling, too. None of us knows where we are traveling to. As far as we can see there is no other place to live on. Nevertheless we happily destroy this tiny touch of an atmosphere the best we can. And some of us believe it’s a good idea to kill each other to answer whose God is the most peaceful one.

“Man is the most insane species. He worships an invisible God and destroys a visible Nature. Unaware that this Nature he’s destroying is this God he’s worshiping.”
Hubert Reeves, Canadian astrophysicist

My name is Benjamin Klemencic and I am working as an artist in Germany.

I am interested in the female nude and the landscape.

The landscape does not serve as a document of human cruelty to nature, but as visual enjoyment - as a positive creative design.

I pick up the spirit of Romanticism - with its longing for the fantastic, beautiful and fairytale - and create places of safety and refuge.

And rarely does it bother me to point out the sustainability of contemporary human lunacy.

But here, too, I am firm in the belief in the healing promise of art.